Concerta vs Adderall: Is There Really Any Difference?

ADHD medications have been in existence for over 50 years, with methylphenidate (also known as Ritalin) being one of the first drugs used to treat ADHD. Today, Concerta and Adderall are two of the more popular ADHD treatment drugs.

Both Concerta and Adderall belong to the amphetamine class of drugs and require a doctor’s prescription. These drugs work by addressing the chemical imbalances that give rise to ADHD symptoms, such as problems focusing, concentrating and tendencies toward hyperactive behavior. Prescription amphetamine drugs directly address the chemical imbalances that bring about ADHD symptoms.

Call our toll-free helpline at 800-768-8728(Who Answers?) to ask about amphetamine abuse treatment options.

Concerta vs. Adderall: Mechanisms of Action 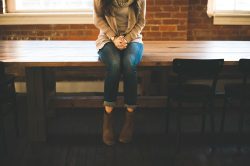 Both Concerta and Adderall are effective ADHD medications, and both carry a high risk for abuse.

Concerta is a brand name formulation of methylphenidate hydrochloride, the same active ingredient found in Ritalin. Concerta differs from Ritalin in that it produces extended release effects whereas Ritalin produces immediate release effects.

This extended release version produces effects for up to 12 hours, which helps keep a steady concentration of the drug in the bloodstream as opposed to the fluctuations that occur when taking two or more Ritalin per day.

Once ingested, Concerta prevents the brain from recycling excess dopamine and norepinephrine neurotransmitter materials in the brain, according to the University of Maryland. These interactions help to stabilize the brain’s chemical makeup for people affected by ADHD, but have an opposite effect for non-ADHD sufferers.

When comparing Concerta vs. Adderall, Adderall tends to be more habit-forming due to its dual action effects on neurotransmitter levels. More than anything else, it the increase in dopamine levels that causes feelings of euphoria and drives drug-using impulses.

Overall, Concerta has a shorter half-life duration of 3.5 hours compared to Adderall’s 11 to 13 hours. If you’ve been abusing Adderall vs. Concerta for weeks or months at a time, withdrawal time will be longer with Adderall and withdrawal symptoms will be more severe.

Both Concerta and Adderall belong to the Schedule II class of controlled substances, which all carry a high risk for abuse and addiction. While they’re both highly addictive, Adderall is worse.

It helps to keep in mind that a drug’s addiction potential determines:

If you’re struggling with a prescription amphetamine abuse problem and don’t know where to turn, we can help. Call our helpline at 800-768-8728(Who Answers?) to ask about available drug rehab treatment options.