The Dangers of Adderall & Alcohol Abuse in College

College life can be competitive and highly stressful, driving young people to push their limits in unhealthy ways. For some students, daily life entails stressors at every turn, especially for those heavily involved in multiple activities.

Adderall, one of a handful of prescription stimulant-based drugs, has become a “go to” solution for keeping up with the demands of college life. Commonly known as “the study drug,” Adderall’s use as a performance enhancer comes with grave consequences when used for other than its intended purpose.

Adderall’s intended purpose as an ADHD treatment hasn’t stopped the widespread use of this drug on college campuses with one in five students admitting to having used Adderall to keep up with academic demands, according to Bryn Mawr College.

While dangerous in its own, Adderall combined with alcohol raises the bar even further, predisposing young people to a whole new set of dangers and life-threatening scenarios. For students who engage in Adderall and alcohol abuse, the stressors of college life can pale in comparison to the consequences of using Adderall and alcohol to keep up. 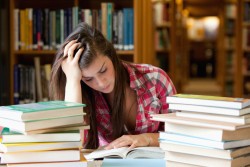 Adderall is commonly used by college students as a performance enhancer.

ADHD develops out of chemical imbalances in the brain. Adderall is specifically formulated to correct for these types of imbalances. For someone with normal brain chemical levels, Adderall’s initial effects can be misleading as continued Adderall abuse will only create chemical imbalances over time.

Initially, Adderall effects speed up brain and central nervous system functions, increasing one’s focus, concentration and overall motivation. Once chemical levels start to go off balance, Adderall side effects come to the forefront, some of which include:

Considering how alcohol acts as a depressant, under these conditions, a couple drinks may well take the “edge” off; however, alcohol abuse practices can quickly take hold as Adderall side effects will only get worse with time.

Adderall’s stimulant effects coupled with alcohol’s depressant effects make for a dangerous combination as far as brain functioning goes. According to the U. S. National Library of Medicine, the likelihood of engaging in alcohol abuse increases considerably for students who use Adderall for non-medical purposes. Part of the reason for this lies in how Adderall overstimulates the body’s central nervous system functions.

On top of all this, Adderall abuse effects can muffle a person’s sense of being intoxicated, which opens the door for even more drinking. Before long, a vicious cycle of Adderall abuse and alcohol abuse starts to take shape. Ultimately, the effects of this behavior all but sabotage a student’s initial intentions in terms of meeting the demands of college life.

More than anything else, getting into the habit of using Adderall to keep up with your schoolwork creates prime conditions for addiction-based behaviors to take root. The same can be said for alcohol abuse, and especially bingeing drinking.

If you or someone you know struggles with Adderall and alcohol abuse and have more questions about the effects of these substances, please feel free to call our toll-free helpline at 800-768-8728(Who Answers?) to speak with one of our phone counselors.