Ritalin is an amphetamine often used in the treatment and management of Attention Deficit Hyperactivity Disorder.  The drug is a controlled substance which acts on the central nervous system to allow more efficient transport of dopamine in the brain.

Dopamine is the neurotransmitter that controls reinforcement of behavior.  Ritalin withdrawal is experienced by patients who use the drug and attempt to stop taking it.

Ritalin and the Brain

When taken orally, as prescribed, Ritalin raises dopamine levels gradually.  Patients using these types of drugs are thought to have more dopamine transporters than other people.  Ritalin blocks the reuptake system, which allows the pleasure and reinforcement chemicals in the brain to respond more appropriately to stimuli.

However, Ritalin is a methylphenidate, one of the drugs widely abused in today’s world.  If taken in large doses, inhaled or injected, Ritalin immediately floods the brain with dopamine, creating a euphoric, high feeling.  In fact, research compares Ritalin and its effects to that of cocaine, another highly addictive methylphenidate.

Why is Ritalin Prescribed?

Upon its initial development, Ritalin began being prescribed in the 50’s for chronic fatigue and depression.  However, in the 60’s and 70’s Ritalin’s popularity soared as it was marketed to children with academic and behavior problems.  Today, it is mostly used to treat ADHD, chronic fatigue, cognitive disorders and narcolepsy. 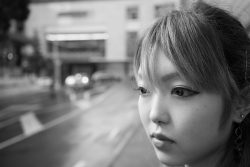 Cravings are common during Ritalin withdrawal.

ADHD and narcolepsy patients who take Ritalin as prescribed for management of symptoms are not reported to have negative tolerance effects associated with this Class II drug.  However, abusers of Ritalin quickly develop a tolerance and require more and more of the substance to achieve the high they are seeking.

Methylphenidate abusers have been known to crush and snort tablets or mix and inject the drug to achieve an immediate euphoric sensation.  Thus, for addictive personalities, Ritalin carries a significant habit-forming threat.

Severe anxiety and panic attacks along with debilitating yearnings for the drug create a recipe for ongoing and worsening addiction.

For abusers of methylphenidate, quitting is incredibly difficult.  Research is ongoing in the search for pharmacological aides in lessening side effects to help those in search of recovery from this powerful addiction.

Patients facing the incessant cravings from withdrawal must embrace a new way of life to combat the powerful physical and psychological issues induced by Ritalin abuse and dependency.

Although research notes relapse is common with this particular addiction, methylphenidate addicts can experience long term recovery.  The lesson inherent with relapse is clear:  keep trying.  Medical intervention, psychological services and support groups with others attempting recovery from this powerful substance is important for long-term results.

Reaching out is the first step toward combatting Ritalin withdrawal and embracing a fulfilling life of recovery.  Addiction is a desolate, lonely space, but help is only a phone call away.  Contact 800-768-8728(Who Answers?) today to step into a new reality.