How to Safely Withdraw From Ritalin

Like many other prescription drugs including painkillers and benzodiazepines, Ritalin can become addictive if you abuse the medication. Abusing Ritalin can lead to physical dependence on the drug, which makes quitting more difficult when you’re finally ready to overcome addiction. Fortunately, there are ways to withdraw from Ritalin safely without putting your health and personal comfort at risk.

If you’re suffering from Ritalin addiction, understand that help is available and nearby. Call our 24/7 confidential helpline at 800-768-8728(Who Answers?) to speak with a drug abuse counselor about your options for local drug rehab centers that treat Ritalin and amphetamine addiction.

When you use Ritalin at high doses for an extended period of time, your body can become physically dependent on the drug. This means that when you stop using Ritalin abruptly, your body will experience one or more withdrawal symptoms as it copes without its normal dosage of the drug. Ritalin withdrawal symptoms can range from mild to severe, based on the severity of the addiction and your medical history. 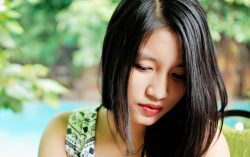 Tapering is when your doctor gradually reduces your dosage of Ritalin until you’re no longer using or physically dependent on the drug. This method prevents you from experiencing withdrawal symptoms, since your body has time to adjust to smaller doses of this amphetamine. Don’t try tapering Ritalin without medical supervision, since doing so may increase your risk for discomfort and certain health complications.

Ritalin detox is often conducted at drug rehab centers that specialize in addiction to amphetamines. Detox is performed in a safe, controlled medical environment so you have access to medical staff when you need help and support associated with withdrawal. A supervised medical detox is recommended if you quit Ritalin cold turkey, and face the risk of severe and uncomfortable withdrawal symptoms.

Drug rehab centers also offer counseling and other therapies in addition to drug detox services. These therapies help you overcome psychological causes of addiction that drove you to abusing Ritalin in the first place. Those who began abusing Ritalin due to post-traumatic stress disorder can receive counseling to overcome PTSD, while those who abuse Ritalin due to problems at home can participate in family counseling sessions aimed at improving domestic relationships.

Nobody should ever have to overcome addiction on their own without help and support. If you’re addicted to Ritalin or other amphetamines, call our 24/7 confidential helpline at 800-768-8728(Who Answers?) to speak with a drug abuse counselor about available treatment options. We’ll help you find drug rehab centers devoted to helping you achieve lifelong sobriety.