Recognizing the Signs of Amphetamine-induced Psychosis

According to the Center for Substance Abuse Research, “The chronic abuse of amphetamine is characterized by violent and erratic behavior, as well as a psychosis similar to schizophrenia.” This psychosis is extremely dangerous, and any individual who experiences it should receive professional treatment immediately.

Below are several tips to help you recognize the signs of amphetamine-induced psychosis. If you know someone who requires treatment for amphetamine addiction, call 800-768-8728(Who Answers?) now.

As stated by the US Department of Veteran Affairs, “Psychosis is induced more commonly by amphetamine than by cocaine, perhaps because it is difficult to maintain high chronic levels of cocaine in the body.” Therefore, it is extremely important to be able to recognize and be aware of the signs of stimulant psychosis if someone you love uses these drugs.

Some of the most common signs of this condition include: 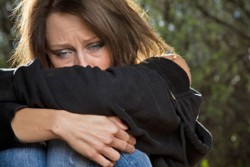 Suicidal thoughts or actions are a symptom of amphetamine-induced psychosis.

The final symptom can include auditory, tactile, and visual hallucinations, but one of the most common associated with amphetamine psychosis involves the sensation bugs burrowing under the individual’s skin. This is one of the stronger reasons why many amphetamine abusers pick at their skin or have severe skin problems.

Because one instance of amphetamine abuse can also cause a number of serious psychological and physical side effects, it is important to be able to recognize the difference between a current stimulant high and the psychosis that builds after months of abuse. A person who is experiencing amphetamine psychosis will often have much more severe mood swings as well as abuse the drug for longer periods of time without stopping. At this point, they will be severely addicted, and any attempt to quit will usually fail until they are able to seek professional help.

These symptoms will also last longer and start to resemble an actual mental disorder or illness as opposed to the strange behavior one may exhibit when high. The individual will constantly seem disturbed, and their actions will become increasingly more harmful to themselves and others. This is why it is so very important to seek help for an individual you suspect of suffering from amphetamine-induced psychosis; people in this situation are dangerous and require professional help.

How Can I Help Someone With Amphetamine Psychosis?

If you believe someone you know requires treatment for psychotic symptoms brought on by amphetamine abuse, call 800-768-8728(Who Answers?) now. We can help you find a treatment center and answer any questions you may have about amphetamine abuse and addiction. Once your friend or family member is able to attend treatment at a professional facility, they will begin to feel like themselves again and be able to start recovery from their amphetamine addiction and its consequences. Also, if you believe you or your loved one are in immediate danger, call 911.