3 Ways Bingeing on Adderall Can Lead to Adderall Overdose

As legal as prescription medications may be, many carry certain inherent risks, especially when used for off-label purposes. Adderall, one of the most popular ADHD treatment medications, acts as a powerful stimulant, amphetamine agent. So powerful in fact, that people taking Adderall for treatment purposes face the same degree of risk for abuse and addiction as recreational users.

Like most all amphetamines, drug abuse practices soon take a turn for the worse in the form of bingeing behaviors. While someone who binges on a regular basis may not necessarily be addicted, Adderall overdose risks run extremely high all the same.

Considering Adderall’s high abuse potential, knowing what factors place you at increased risk for Adderall overdose can help avoid a potentially catastrophic event from happening in your life.

Our toll-free helpline is open 24 hours a day. Call 800-768-8728(Who Answers?) for information on drug rehab treatment options.

Unlike most other drug types, amphetamines affect the brain in such a way that bingeing behaviors will likely develop over the course of continued drug use. This is especially the case for Adderall.

According to Georgetown University Journal of Health Sciences, the brain’s chemical processes develop a tolerance for Adderall’s effects at a fast rate. Tolerance levels increase as the drug’s damaging effects weaken the brain’s sensitivity to the drug. 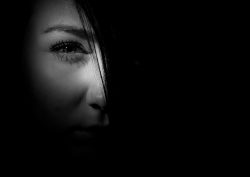 Bingeing on Adderall can cause amphetamine-induced psychosis.

Adderall works by speeding up the body’s major systems through its ability to speed up chemical activities in the brain. Consequently, busing Adderall places a tremendous strain on the systems most affected by the drug’s effects.

The body’s cardiovascular system in particular undergoes considerable strain from bingeing practices. After a certain point, this degree of strain can damage heart functions, according to the Journal of the American Board of Family Medicine. Under these conditions, an Adderall overdose episode can cause heart attack, stroke and even heart failure.

The damaging effects of bingeing not only compromise the body’s systems, but also a person’s psychological stability. After so many days or weeks of bingeing behavior, users remain at increasing risk of developing amphetamine-induced psychosis.

In this state, a person experiences a psychotic break with reality leaving him or her open to ingesting even more of the drug, which opens the door for Adderall overdose to occur.

It’s not uncommon for users to mix alcohol with Adderall to keep from feeling overstimulated or jittery. While this practice may help smooth out the edges, it can be deadly.

Since alcohol produces depressant-type effects and Adderall produces the opposite effect, a person can easily ingest more Adderall than the body can handle. These conditions can lead to Adderall overdose.

Also, the combined effects of a depressant and a stimulant drug on the body’s central nervous system is a health crisis waiting to happen, especially when bingeing practices are involved.

If you’re considering Adderall rehab treatment and don’t know where to look, call our helpline at 800-768-8728(Who Answers?) to speak with one of our drug abuse counselors.