Withdrawal and the Side Effects of Stopping Adderall

Adderall, one of several prescription amphetamine drugs, works by speeding up chemical processes throughout the brain and body. According to Johnson County Community College, Adderall’s effects are comparable to cocaine’s in terms of how the drug all but destroys essential brain functions. Not surprisingly, withdrawal and the side effects of stopping Adderall can be uncomfortable to say the least.

Prescription amphetamines, in general, take a tremendous toll on the brain’s ability to function normally. Unless a person has a medical need for the drug, each dose of Adderall disrupts primary brain chemical processes in damaging ways.

Neurotransmitter chemicals, such as dopamine, serotonin and norepinephrine play central roles in regulating brain and central nervous system functions. Side effects of stopping Adderall develop out of the chemical imbalances brought on by the abuse of the drug.

Adderall essentially forces brain cells to secrete excess amounts of these chemicals. Over time, side effects of stopping Adderall start to surface as various bodily functions start to break down.

Side Effects of Stopping Adderall

Over time, these cells come to require Adderall’s effects to function normally. In the process, brain chemical imbalances worsen as Adderall takes over neurotransmitter production processes.

The psychological side effects of stopping Adderall can be most distressing as this drug interferes with cognitive and emotional processes in a big way. In general, the longer a person abuses the drug the more damage done to brain functions. Ingesting large doses of the drug on a frequent basis causes extensive damage as well.

Psychological side effects commonly experienced include:

Addiction, in particular, plays a central role in driving out-of-control drug-using behaviors. Once addiction sets in, side effect of stopping Adderall will only worsen in severity over time.

Duration of Withdrawal Side Effects 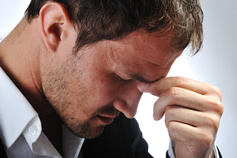 Irritability, anxiety and bouts of insomnia may occur for a period of time after stopping Adderall use.

Side effects of stopping Adderall can vary in duration depending on a range of factors, some of which include:

With prescription amphetamines in particular, ongoing drug abuse drives users to take incredibly large dosage amounts to compensate for deteriorating brain cell functions. So anyone who’s abused Adderall for months at a time can expect to experience withdrawal side effects for months or even years thereafter.

People with co-occurring mental disorders will have an even tougher time as withdrawal effects will be more so severe with lengthy duration times as well.