How Can Professional Treatment Help Me Overcome Amphetamine Psychosis?

Overcoming amphetamine psychosis is not something most people can––or should––do on their own. Therefore, if you believe you are experiencing issues with this drug-induced disorder, seek treatment immediately by calling 800-768-8728(Who Answers?).

Amphetamine Psychosis and Its Dangers

Many drug abusers try to convince themselves that they can stop using any time they want. The problem with this belief is that they are likely to hurt themselves, to experience severe withdrawal symptoms, and to, eventually, relapse. This attitude is even more dangerous when someone attempts to stop abusing amphetamines when they are likely to experience or are already in the midst of psychosis.

According to the National Library of Medicine, some of the most dangerous effects of amphetamines are those caused during psychosis. These can include: 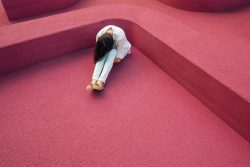 Hallucinations are common during amphetamine psychosis.

Therefore, it is extremely important to seek professional treatment in order to overcome your amphetamine psychosis.

How Is Amphetamine Psychosis Treated?

According to the Center for Substance Abuse Research, the psychosis caused by amphetamine abuse is extremely toxic and, in many ways, similar to schizophrenia. In this case, it must be treated immediately and simultaneously with any other issues associated with your amphetamine abuse.

If you believe there is a chance that you may begin experiencing any of the symptoms above, or if they have already begun, it is important to seek treatment right away. If you feel you are a danger to yourself or others, call 911 immediately.

Amphetamine psychosis is treated in a number of ways, many of which are often used simultaneously to ensure that the individual’s treatment is as safe as possible. As stated by the US Department of Veteran Affairs, “Pharmacological intervention may be necessary during stimulant-induced drug states,” and neuroleptics can be one of the most beneficial options for the treatment of psychosis.

This is usually only reserved for those experiencing full-blown psychotic symptoms, but it can minimize the severity of one’s psychosis, which will simultaneously keep them and the healthcare providers safe and make the experience less traumatic for the patient.

Sometimes, behavioral therapy can be used as well, though this is often utilized best when an individual is more lucid. In certain situations, patients need to be placed in a room that provides no stimulation at all and sedated for the duration of their symptoms. Depending on the severity of your situation, all of these may be necessary to help you overcome your amphetamine psychosis.

How Does Treatment Help?

As stated previously, treatment for amphetamine psychosis helps prevent the patient from hurting themselves or anyone else and makes the process much less traumatic. While a person often has to let their psychotic syndrome run its course, it can be much safer and less frightening to do so in a treatment facility fully equipped to sedate, treat, and control the patient as necessary.

In addition, anyone going through amphetamine psychosis after abusing the drug will likely need addiction treatment. This is also important because someone who experiences psychotic symptoms early on in their recovery might possibly experience these symptoms later as well.

Psychosis can sometimes resurface long after a person stops abusing these drugs as a response to stress or other negative stimuli. In a rehab program, a patient will not only be treated for psychosis itself but also be taught beneficial life skills and ways to recognize and avoid triggers that could lead to psychotic symptoms in the future.

If you need this type of care for your amphetamine abuse syndrome, call 800-768-8728(Who Answers?) today to be matched with the best facility for your needs.