Concerta vs Adderall Withdrawal: Is One Worse Than the Other?

Withdrawal effects can be excruciating regardless of the type of drug involved. This is especially the case with amphetamines like Concerta and Adderall. Both of these drugs serve as ADHD treatment medications, but carry a high potential for abuse and addiction all the same.

Prolonged use of prescription amphetamines can leave a person to contend with uncomfortable withdrawal effects. When discontinuing Concerta vs. Adderall, which withdrawal experience is worse?

As these two drugs produce slightly different effects, their differences no doubt influence how difficult withdrawal will be. Understanding the types of factors that influence withdrawal severity can shed some light on how Concerta vs. Adderall withdrawal effects play out.

If you’re considering amphetamine withdrawal treatment, please don’t hesitate to call our toll-free helpline at 800-768-8728(Who Answers?) to speak with one of our drug abuse counselors.

As a general rule, drug withdrawal produces effects opposite to the desired effects of the drug. Focalin and Concerta normally cause an increase in energy levels, improved focus, concentration and confidence. According to the U. S. Department of Veterans Affairs, withdrawal effects tend to take the form of: 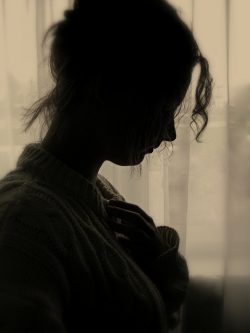 For the most part, Concerta vs. Adderall differ in how they increase dopamine levels in the brain. Dopamine plays a critical role in regulating emotional states, pain perception and movement.

The longer a person engages in amphetamine use (or abuse) the harder the brain has to work to make up for the drug’s effects when discontinuing use, according to the U. S. National Library of Medicine. Since Concerta and Adderall both increase dopamine levels, stopping drug use essentially leaves the brain with a depleted dopamine supply.

As far as Concerta vs. Adderall goes, withdrawal severity will be greatest with long-term Adderall use, though long-term Concerta use can also leave behind some fairly uncomfortable effects.

Adderall’s mechanism of action makes for a more powerful drug compared to Concerta. Since the brain’s tolerance for amphetamine-based drugs tends to increase quickly, the more powerful the drug the faster tolerance levels rise. These conditions account for why amphetamine abuse tends to lead to bingeing practices.

Once a person reaches the point where bingeing behaviors take shape, differences between Concerta vs. Adderall fade into the background. Withdrawal severity and duration will continue to escalate for as long as a person keeps using.

In terms of withdrawal detox treatment, a person stands to experience a difficult recovery period whether coming off Concerta or Adderall. Under these conditions, it’s best to consider getting some form of treatment help.

If you or someone you know struggles with amphetamine abuse and need help overcoming a drug problem, call our helpline at 800-768-8728(Who Answers?) to ask about available treatment options.